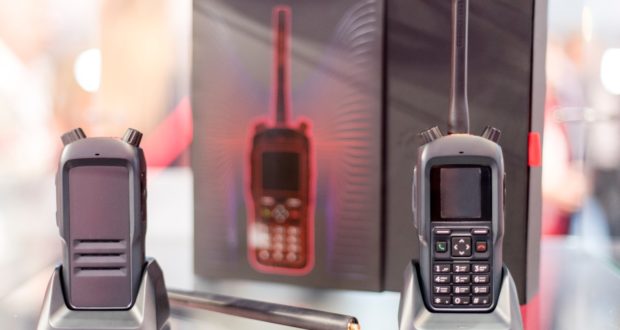 Ruselectronica holding, part of Rostec State Corporation, presented the prototypes of its digital civil DMR (Digital Mobile Radio) stations for the first time at the Innoprom-2019 show. The devices are compatible with all existing domestic and foreign civil systems of professional mobile radio communications. The first production batch is scheduled for 2020.

New radio stations developed by Sozvezdie concern (part of Ruselectronica) were presented in three versions: portable, vehicular and repeater. Their technical characteristics allow these models to be used in railway transport, in the agricultural sector, by industrial enterprises, law enforcement agencies, by EMERCOM, ambulance, and logistics companies.

The portable radio station provides high-quality digital connection at a distance of up to 10 km, and the base station covers up to 30 km with the connection speed of only 30 milliseconds. The new communication devices are resistant to vibration, extreme temperatures, moisture ingress. The devices also feature an improved noise suppression and data encryption system. This allows them to be used for quick deployment of a secure communication system in locations where cellular network coverage is poor.

The radio stations are run by locally developed software and technical solutions by Sozvezdie concern protected by Russian patents. The case was designed by Artemy Lebedev Studio.

‘The new line of radio stations is distinguished by its high performance and quality industrial design, combining usability with contemporary appearance. All this is intended to ensure demand for these products in the professional radio communications market not only in the b2b, but also in the b2c segment, where an attractive appearance and ergonomics play as important a role as the quality of connection.

The first production batch will be released in 2020, and in the coming years we plan to reach the production capacity of over 100,000 devices per year’, – Rostec executive director Oleg Evtushenko noted.

The new radio stations have been certified by the European Union Intellectual Property Office (EUIPO), which permits Sozvezdie concern to sell these devices in the EU member states and protects the used technological and design solutions from illegal copying.