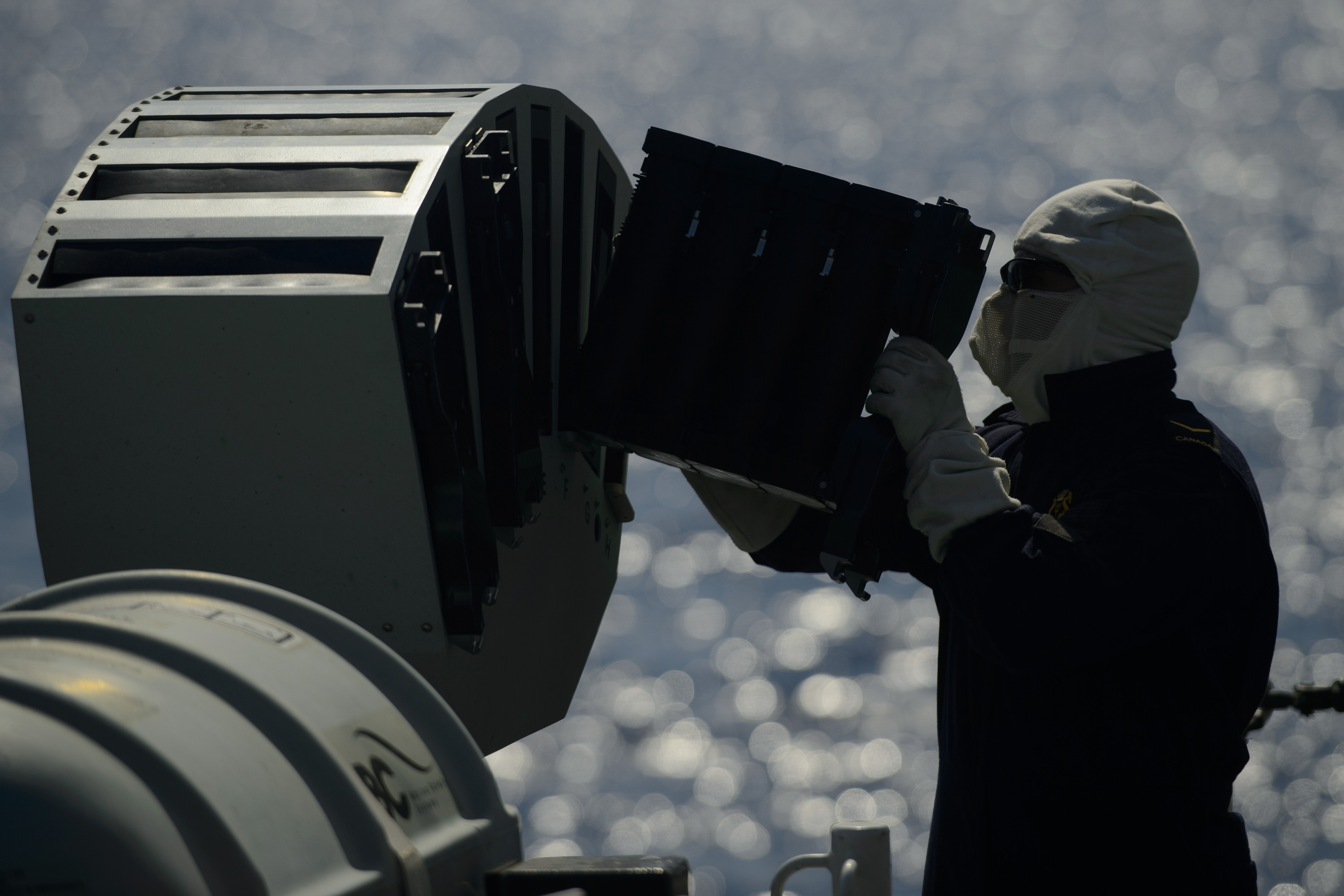 At the recent CANSEC show in May 2016 in Canada, the Canadian government and ammunition suppliers Rheinmetall and General Dynamics Ordnance and Tactical Systems–Canada signed a licence agreement to produce Omnitrap decoy ammunition for the Canadian Navy. Worth a mid-range eight-figure euro amount over the course of its thirty-year lifetime, the contract encompasses the supply of core components by Rheinmetall for Omnitrap decoy ammunition. Rheinmetall will provide technical assistance in setting up the assembly line at the General Dynamics facility in Repentigny, QC, where final assembly will take place.

In 2009 Rheinmetall won a contract to outfit twelve Canadian Halifax-class frigates with MASS, the Multi Ammunition Softkill System. The automated decoy system offers a unique level of protection against incoming anti-ship missiles. It can be installed on vessels of all types, whether in standalone mode or as an integral part of the ship’s command, control and weapon engagement system. MASS is already in service with the navies of 13 nations. Most Canadian frigates have been equipped with MASS systems along with a basic load of Omnitrap and MASS Dueras decoy ammunition.

In 2015 the Canadian government placed an order for 2,450 Omnitrap decoy rounds with Rheinmetall and General Dynamics Ordnance and Tactical Systems–Canada.

In the second quarter of 2016 Rheinmetall booked an order worth € 2.5 million. The newly signed agreement will continue this supply relationship as well as the support that both companies provide the Canadian government and PSPC (Public Service Procurement Canada) for the next 30 years.

Previous: Nigeria: What should the Focus be Placed On?
Next: First picture of an iraqi T-50 Golden Eagle