A new military coalition in the Sahel region 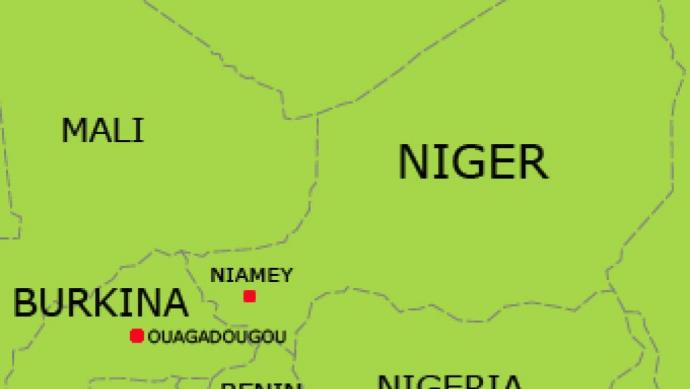 Just how bad is the current security situation in the Sahel? We don’t generally hear about the situation in the region until one Islamist Group launches an attack against either Government troops of one of the States or a Western Interest in the region. For example recent attacks in Mali [1]and Burkina Faso[2] generated substantial press coverage.

Recently three states Niger, Burkina Faso and Mali announced plans to set up a Multinational Anti-Terrorism Force.[3] to deal with mutual concerns. The plans include sharing Intelligence about activities in the region coordinating operational capabilities in the region as well. One may not think too seriously of this matter until one digs deeper in how this information is presented by Media reports.When this occurs a chilling thought occurs.

All three countries share a common border. The area in question happens to be the Liptako-Gourma region which overlaps the borders between these three nations and the leadership in them are quite concerned that this area is currently being used as a Safe Haven by Islamist Groups and other criminal elements to foster instability and promote their illegal activities not only in the above mentioned countries but using traditional trade routes have the potential to spread their influence throughout the rest of the Sahel region.

It is no surprise that most of these groups are using traditional trade routes that have been used by nomadic groups for years. A challenge to the Military Capacity, Border Security and Intelligence Gathering  of these three nations is clearly evident and they feel by creating a joint command may be the best option that is available to prevent future attacks and to determine who is actually using the region as a base of operations.

Which of the above mentioned states currently faces the largest security threat at the current time? Mali is by far the most likely the candidate that provides the greatest concern. Since 2012 Mali has been plagued by a Coup and an insurgency that continues on in a low intensity scale. This activity has occurred  in the northern part of the Country since then and despite a Peace Treaty continues to this very day. In fact most of the focus is on Gao and Timbuktu as those are two key cities to foster stability in the North.

However the region of Mali that is of concern is the extreme Southeastern part of the Country. This decision may force those countries supporting Bamako to adjust their assistance and training packages to deal with this new area of concern as it seems new groups emerge on a Daily Basis to promote their cause and to recruit fighters.

Meanwhile Niger appears to be in the best Military shape of the three states. Niger has close Security Relationships with both France[4] and the United States.[5] However these ties exist due to the explosion of the Nigerian Islamic Militant group Boko Haram in the region. Most of that activity has been along the border with Nigeria and in the Lake Chad Basin however their attacks have spread throughout Niger to the point that a regional force is now in the field taking action against the Nigerian Islamists.[6] Both western countries also use Niger as a staging group to monitor other groups that are active in the Sahel. Niger’s location has also been attracting other nations as well such as Canada to assist their Military Forces.[7]build capacity to take on the daunting tasks of peacekeeping and counterterrorism operations.when called upon by the AU and other group as needed.

That leaves Burkina Faso. This country presents the most interesting challenge for analysts due to the fact of the limited Western footprint as compared to both Niger and Mali. However as recent events have shown they have been plagued by the same security challenges as well. It appears that the concerns regarding the internal security may have some sound footing to be based on due to the fact that elite French Troops are stationed in the country now.[8]

So are there any other Countries in the region that could benefit from this move? Geography suggests that Togo and Benin should be made aware of this Force. Benin is part of the Force that has been organized to defeat Boko Haram so the possibility of Communication exists there. Togo recently had Presidential Elections that could leave a sense of vulnerability. The Northern Borders of these countries are in close proximity to the Liptako-Gourma region therefore it may be in their National Interest to cooperate with the force simply to keep whomever is in the region from infiltrating their countries to set up logistical bases and recruit fighters.

Two other nations that may have some future interactions with this proposed for could be Ghana and Ivory Coast. Both nations are close to the region but there is a point of divergence. Ghana recently concluded elections that resulted in a peaceful transfer of power. Ivory Coast has had some internal issues[9] this year that could be potentially exploited. One of the potential avenues for exploitation is the disenfranchised youth in the Northern Part of the Country. They could be recruited on short notice to be fighters for whatever cause with the promise of cash and weapons.

The major question is just how effective can this force be? Will it have the hiccups as the Lake Chad Basin Force that was set up to deal with Boko Haram? The Nigerian Islamists have managed to spread their influence to other countries in the region despite coordination of tactics and sharing of intelligence. However these Governments feel that the time is right to set this program up. How it works may be a whole different matter.

2017-02-06
Akramov
Previous: A New FTO Designation in the Works?
Next: Kalashnikov Group transfer to private investors approved by Management Board of Rostec State Corporation