07 June 2021   The delegation of Rosoboronexport JSC (part of the Rostec State Corporation) will be attending the Shield Africa 2021 International Security and Defense Exhibition, which will be held from June 8 to 10 at the Police Academy in Abidjan, Côte d’Ivoire.

END_OF_DOCUMENT_TOKEN_TO_BE_REPLACED 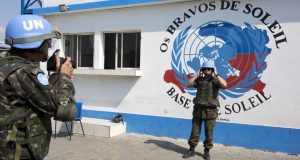 Brazil will join the United Nations Multidimensional Integrated Stabilization Mission in the Central African Republic (MINUSCA), the UN announced. This is an important decision for the South American nation, as Brasilia looks to maintain a high profile in UN peace operations. This also shows an increased interest in Africa as well perhaps to counterbalance western interests. What remains to be ...

END_OF_DOCUMENT_TOKEN_TO_BE_REPLACED

A new military coalition in the Sahel region

By Scott Morgan Just how bad is the current security situation in the Sahel? We don’t generally hear about the situation in the region until one Islamist Group launches an attack against either Government troops of one of the States or a Western Interest in the region. For example recent attacks in Mali [1]and Burkina Faso[2] generated substantial press coverage. ...

END_OF_DOCUMENT_TOKEN_TO_BE_REPLACED 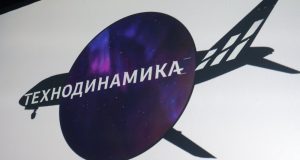 The Technodinamica holding company of the ROSTECH State Corporation plans to open in South Africa a branch of the Aviation Service Centre to provide African operators of domestic aircraft with parts and components. ROSTECH’s Technodinamica intends to open a representative office of the aviation service centre in Africa. The centre of maintenance and repair is slated to be opened in ...

END_OF_DOCUMENT_TOKEN_TO_BE_REPLACED

Nigeria: What should the Focus be Placed On? 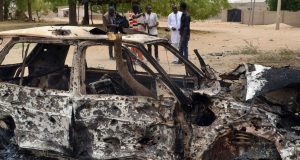 President Buhari  has entered his second year as President of Nigeria. He has inherited a Country that was in crisis for certain. The Country has been plagued by corruption and poor governance for years. Both of these issues came to light during the Boko Haram issue that cost Goodluck Jonathan his job as President. A recent survey conducted among Nigerians ...

END_OF_DOCUMENT_TOKEN_TO_BE_REPLACED 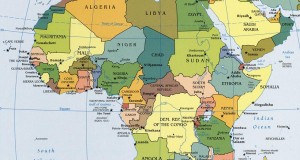 There is an issue in Africa when it comes to the Electoral Process. There are at this time a series of Elections taking place on the Continent. But there is an underlying problem that is raising its head in several Countries such as Congo-Brazzaville. That problem is a long serving President ruling a Country with a Majority of the ...

END_OF_DOCUMENT_TOKEN_TO_BE_REPLACED

by  Scott A Morgan Within the last couple of weeks there have been a couple of stories that have raised the interest of CT Analysts regarding the situation in Central Africa. In late January Rwandan Authorities acting on a tip raided a mosque in Kigali. The raid yielded some interesting news.[1] First the Deputy Imam was actually shot and killed ...

END_OF_DOCUMENT_TOKEN_TO_BE_REPLACED 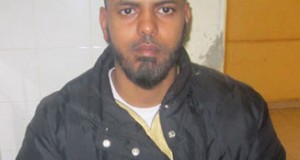 Over the last two months AQIM (Al-Qaeda in the Maghreb) or the Al-Moulatan Brigade has launched two high profile and successful attacks in Bamako and in Ouagadougou. These attacks targeted Western (UN and French) Interests and hotels in both cities. In both instances Western Forces[1][2]assisted in the recapture of the hotels.  It appears that the Islamists suspect that the outsiders ...