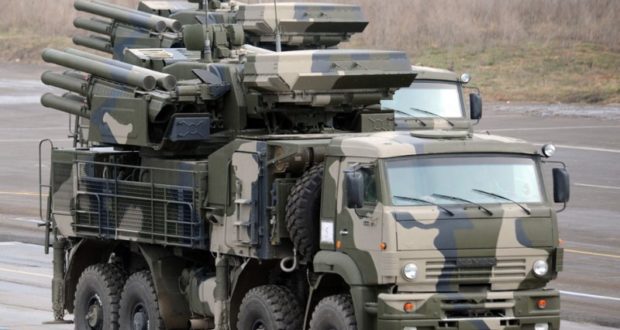 On April 28, about 80 representatives of the military and diplomatic corps from 52 countries of the CIS, Asia, Africa, Europe and Latin America, accredited in Russia, visited the Ashuluk training ground of the center for combat training and combat use of Aerospace Forces in the Astrakhan region, where foreign officers demonstrated the combat capabilities of the S-400 Triumph long-range anti-aircraft missile systems, as well as the Pantsir-S short-range anti-aircraft missile and gun systems for detecting and destroying training air targets.

During the draw of the tactical episode, which consists of three stages, foreign military attaches were shown the features of the organization of air defence to repel a missile and air strike of a mock enemy. Combat crews of the S-400 and the Pantsir-S missile defence systems detected and destroyed all target missiles simulating aerodynamic, operational-tactical, tactical ballistic targets, cruise missiles, as well as ground targets.

On the eve of the event in Astrakhan, a briefing was held, during which the head of the Center, Major General Alexey Rotko, told the foreign military attaches about the features of the Center’s activities. Colonel Alexei Litvinov, a representative of the Yaroslavl Higher Military School of Air Defence, acquainted the military attaches of foreign countries with the specifics and possibilities of training foreign military personnel in the specialties of air defence at the school.