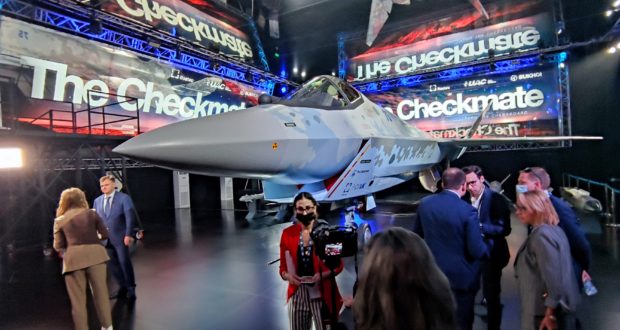 After breaking the rules by surprisingly displaying a mockup of an affordable stealth aircraft aimed at the export market during the Moscow MAKS exhibition, and after the controversy surrounding its absence from the exhibition organized by the Russian Ministry of Defense, Army 2021, Sukhoi is embracing its risk-taking and laying the groundwork for the new Checkmate project, which seems to have every chance of success.

It’s a risky bet for the Russian aircraft manufacturer: to produce a serial aircraft, as efficient as the competition, without public funding, and to very quickly offer it to potential buyers, while thinking about what tomorrow’s combat aviation will be like.

Challenge accepted, to mitigate the costs of development, the manufacturer relies on the existing, the majority of the parts constituting the Checkmate come from its elder the Su-57 and Su-70 Okhotnik-B. Financing is intended to be participative and open to foreign countries, as is technology transfer and local manufacturing. Moreover Sukhoi during its participation in the Dubai airshow (through UAC part of Rostech) has made many prospections in the fields of alloys and composite materials that were manufactured in the Emirates. Sukhoi is also a pioneer in this domain: the Checkmate (Su-75) is a modular platform that will also be transformed into an unmanned aircraft and that will be able to control other smaller drones with the help of artificial intelligence. In its promotional video, it was demonstrated the willingness to fly up to two Checkmate drones, and six other drones simultaneously with only two pilots.

The advertising video gives a clear overview of the logic of using the Checkmate. Without naming the countries, we can see how an airforce like that of Syria, could take over an army with modern and plentiful equipment like Turkey (Akinci, F-4, F-16..). The recipe is simple: become a ghost, get out of the detection spectrum, strike with precision and compete in air combat with the most powerful aircrafts.

At the DAS show, it seems that the Checkmate has passed the test and will probably be produced under the UAE flag. It is likely to appeal to many air forces in Africa, Asia and Latin America because of its price and performance. As a technological platform it could also meet the needs of some local stealth aircraft projects, like the Indian FGFA and the Turkish TFX.

The first prototype of the Checkemate will fly in 2023 and will be commercialized right after. Russian experts involved in the project believe that this will coincide with a revolution in the field of artificial intelligence and that the droning of the Su-75 will be more than a transformation into a remotely piloted aircraft. It will be, like the Okhotnik-B, a tandem support with any other modern fighter. 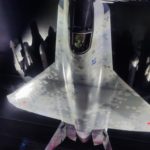 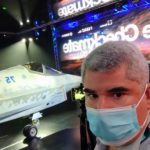 2021-11-19
Akramov
Previous: First international demonstration for the MI-28NE in Dubaï
Next: Tunisia to receive more US military aid in 2022