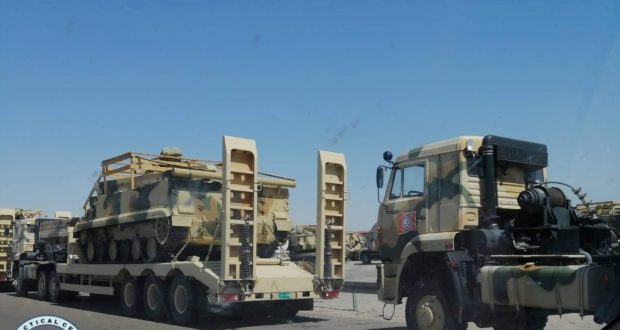 The Iraqi army received this week its second batch of BMP-3 armor from Kurgan in Russia.

We had talked about it in the past, the contract for the acquisition of Iraq’s BMP-3 was signed in 2014, but its implementation has been delayed due to various problems, mainly related to the war against the Islamic State. According to sources, up to 500 BMP-3s are expected to be delivered to Iraq. The first batch of BMP-3 was delivered to Iraq in August 2018.

The BMP-3 is a Russian infantry fighting vehicle, manufactured by Kurganmashzavod in Kurgan. It is capable of carrying 10 people and has a 100mm self-loading barrel and a 30mm coaxial cannon.