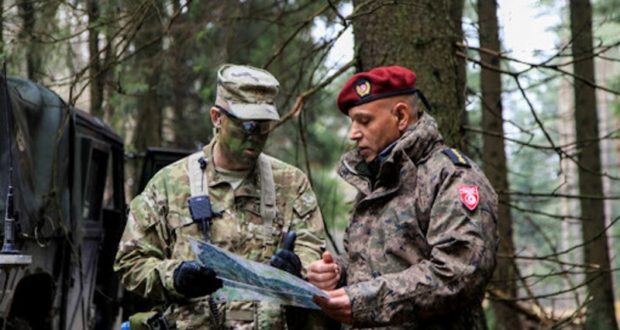 In seven years Tunisia will have used a total of 757 million dollars from the U.S. military and security cooperation program, a considerable contribution for a Ministry of Defense whose budget is around 1.2 billion dollars.

The amount of U.S. aid in 2022 will see a noticeable rise compared to the previous three years, growing from 106.4 million dollars to 112.1 million dollars.

This amount will be broken down as follows

$85 million in Foreign Military Funding (FMF), which will be used to purchase US military equipment paid for by the US taxpayer.

22.8 million in International Narcotics Control and Law Enforcement (INCLE). This compares to $13 million in 2021.

2.3 million dollars in training for Tunisian military personnel in the United States (or elsewhere) by the U.S. military.

Finally, a decline in counter-terrorism assistance from $6.1 million to $2 million, assistance under the NADR program (Non-proliferation, anti-terrorism, Demining and Related Programs).

This U.S. aid has allowed the Tunisian army to gain many advantages in recent years, such as access to military surplus and the training of a significant number of personnel at a very high level. It also reflects the importance of Tunisia’s status as a major non-NATO ally.