Home 5 Afrique 5 Terrorism in the Horn of Arica: What about Tanzania? 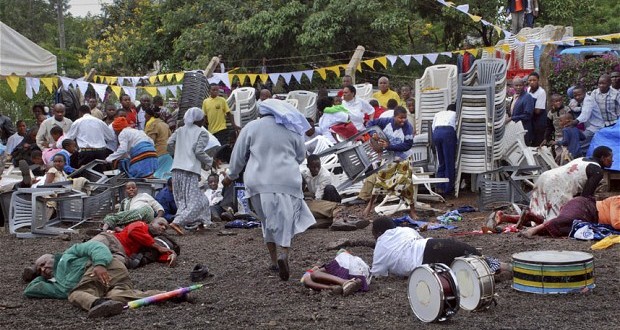 Terrorism in the Horn of Arica: What about Tanzania? With the resurgence of Al-Shabaab in the Horn of Africa in recent weeks after spectacular attacks in Mogadishu and Garissa in Kenya the easy question to ask is where is the next target.

Here is a better question. Why hasn’t Tanzania come under these assaults as well? If the official history is to be believed the last major terrorist incident in Tanzania occurred back in 1998 with the bombing of the US Embassy in Dar Es Salaam. 11 people were killed and 85 were wounded.

Since that horrific day terrorist acts still manage to plague both Somalia and Kenya. Poor Governance in both Nations are a key factor in these events that seem to have taken on a greater emphasis since the Collapse of Order began in Yemen last Month. But is Tanzania immune to such attacks?

The answer is no. Last year regional media outlets reported on a series of attacks occuring on the Island of Zanzibar and in Arusha. The attacks on Zanzibar targeted Hotels frequented by Western Tourists and in another reported attack Acid was thrown at Schoolgirls that were not reportedly properly covered. This attack has the hallmarks of some influence coming from outside the Country specifically the Af/Pak Area.

The attacks in the Arusha area that occurred last some targeted a local imam and a popular Indian Restaurant with IEDs (Improvised Explosive Devices). At the time local police blamed the attack on “local political elements” and did not state that this was an attack with Global Implications or Motivation.

Speaking to French Radio after the Arush Attacks the Secretary for Home Affairs stated that ” We cannot be very sure which group is involved, but we believe that these are terrorists, they’re definitely terrorists.”

Another problem that could come back and impact Tanzania is the situation in the Democratic Republic of the Congo. On more than one occasion the UN has accused the country of arming one or more of the various Rebel Groups that are currently operating in the Country.

The Specific Charge is that arms are being transferred across Lake Tanganyika to arm the FDLR. Recently the Government of the DR Congo launched a Military Operation against this group which has the UN sitting on the sidelines.

So it appears that it is not an issue of if Tanzania will be attacked again but when…..

Previous: Was white phosphorus used by the tunisian army against Kassrine terroristes ?
Next: Algeria might have begun deploying S 400 SAM systems