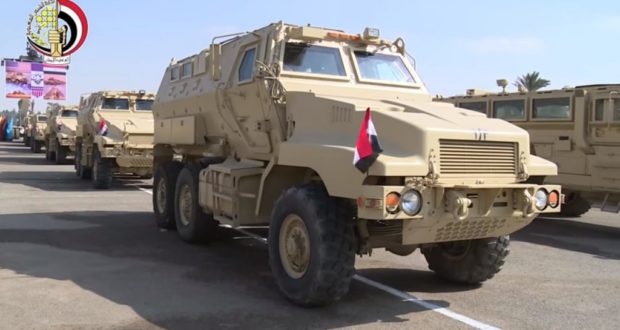 That’s what the official sources of the US military said on July 19th. The last batch of 101 wheeled armored vehicles of the BAE Systems RG-33L series, arrived at the port of Alexandria in Egypt this week. This shipment closes the delivery of the 930 MRAP vehicles of various types, offered to the Egyptian army as part of the EDA.

On July 20, 2019, it was announced that the Egyptian government is applying for 1000 additional armored wheeled vehicles of the MRAP class (presumably of the same type) in EDA. 700 machines have already been selected and prepared for delivery. According to the Russian website BMPD, delivery is expected to begin on November 2019.

2019-07-25
Akramov
Previous: Morocco seeks to obtain two surplus C-130s from the United States
Next: Roketsan Is Moving Up In the Top 100 Defence Industry Companies List