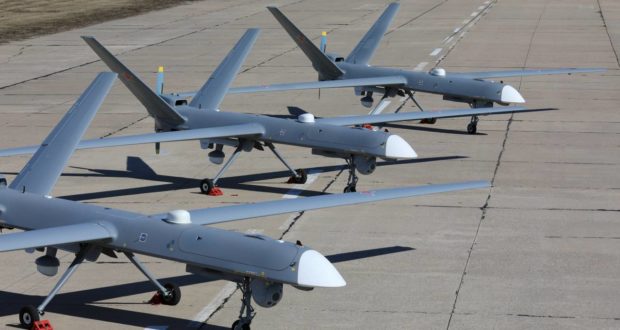 INTERVIEW: Kronshtadt a serious player in the drones market

MENADEFENSE had the opportunity to ask some question the the representative of Kronshtadt, a very promissing russian company that builds and exports drones for the military and civil sector with some interesting opinions on what should be the drones in the near future. One of their successful products is the Orion, a combat proven UCAV.

– Why the Orion is not working in the export market despite the fantastic specs it is showing? (Does it suffer from lack of potent ammunition?)

– Orion is a very “fresh” and modern product while most of the complexes of our competitors were ideologically laid back in the 2000-s. But Orion contains all the most modern achievements and technologies. This largely explains the high tactical and technical characteristics that the Orion possesses.

The first serial deliveries of Orion to the Russian MoD started at 2020. Despite the attractiveness of the export market, the main task of our company is to supply the Russian MoD. In addition, the quantity of manufactured UAVs is currently limited by our existing production facilities. Therefore, in the first years, the manufactured Orion’s are directed entirely to meet domestic demands.

To meet the current domestic and export demand in the Orion complex, the “Kronshtadt” company launched the construction of the first Russian serial plant for the production of large-size unmanned aerial vehicles. The launch of the plant is scheduled for December 2021. After the plant reaches its design capacity, Orion complexes will begin to be supplied abroad. We are ready to start deliveries of Orion complexes for our foreign customers from the end of 2022.

Orion has a wide range of Russian made potent ammunition. But not all ammunition are now approved for export by Russian MoD. Just recently permission was received to promote a high-precision “smart” guided bomb with a caliber of 50kg. This munition showed very high efficiency in combat conditions, while its price is much lower than of an “air-to-surface” missile.

– What is the status of the combined firefighting system proposed by Kronshtadt (heli drone and Orion)?

– Currently, work is underway to organize serial production at our new plant in Dubna (Moscow Region) of both the Orion UAV and unmanned helicopter systems shown at the “Army-2021” exhibition. We plan to start offering these mixed aircraft and helicopter unmanned complexes to our Russian and foreign partners next year.

– What is the status of the Helios program? On which horizon shall we see it proposed for export?

2021-11-12
Akramov
Previous: Checkmate will be shown at the Dubai Air Show
Next: Locally built Tejas in Egypt?