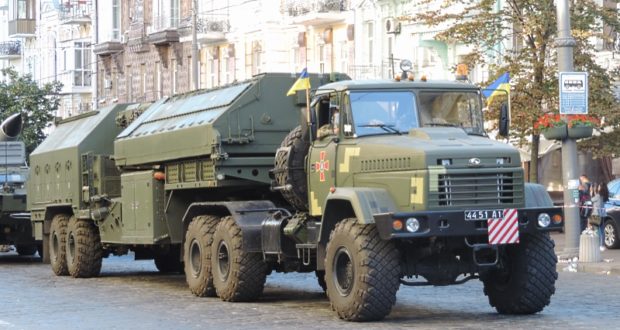 Given the active use of artillery fire by the enemy, modern armies of the world, in particular Ukraine, pay special attention to the development, manufacture and combat use of acoustic and radar reconnaissance means.

Despite the increasing technological nature of modern conflicts, the events around Syria, Libya, Ukraine, and Nagorno-Karabakh indicate the continued active use of artillery, including multiple rocket launchers during modern wars.

In modern warfare where artillery is a key element, an important objective on the battlefield is to remove the threat posed by enemy artillery by pinpointing enemy guns and ensuring an adequate and timely response. This objective is achievable with sound ranging, weapon locating radar capabilities that are produced in Ukraine among other countries.

Against the Russia’s active use of artillery, multiple rocket launchers and mortars against Ukraine in 2014-2019, such counter-battery systems have repeatedly proven their effectiveness in combat.

A counter-artillery system is meant to determine the coordinates of a hostile battery using data derived from the sound of its guns (or mortar or rockets) firing, flight trajectories of shells, missiles or mortar mines and to issue real-time targeting for counter-battery weapons. It can also be used to intercept the enemy projectiles in midair.

Today in Ukraine two such counter-artillery systems have been produced:

The Polozhennya-2, like its international counterparts, is intended to pinpoint hostile mortars, artillery and MLRS launchers, and it may also be operated in a friendly fire mode to correct and improve the accuracy of counter battery return fire by a single battery or an artillery battalion. It measures an acoustic pressure wave from artillery (mortar) firing, and shells explosions then uses the resulting data to locate the point of origin. 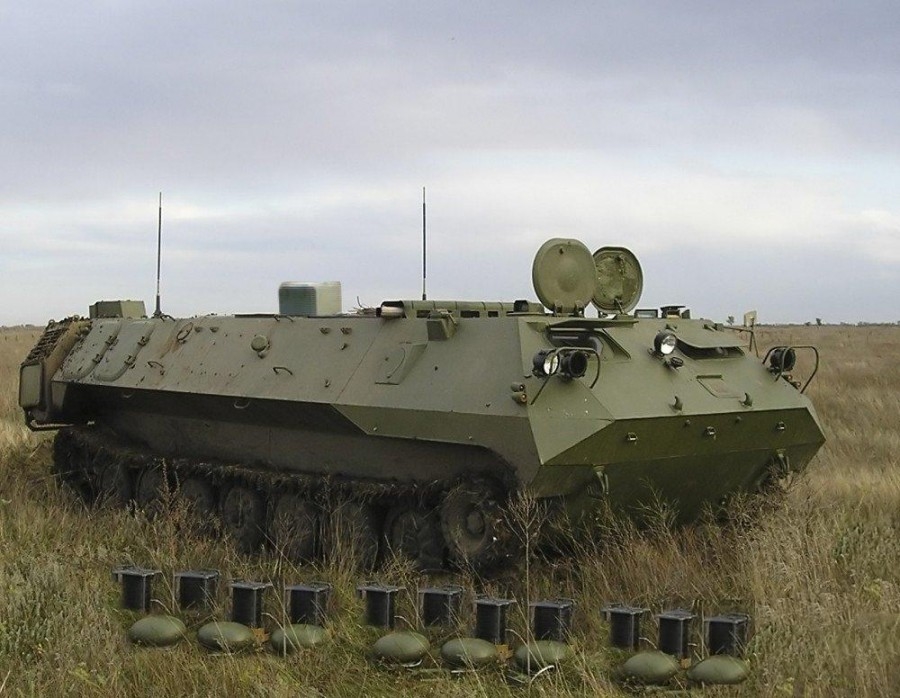 As the practice of countering the offensive operations of the Russian Armed Forces by the Armed Forces of Ukraine has shown, WLS “Polozhennya-2” is especially efficacious against artillery cannons, mortars and MLRS “Grad”.

Being modular in layout, it can be mounted on any suitable chassis (a motor car, MTLB light tracked transport etc). Everything needed for combat use is present on the carrying chassis. To ensure autonomy of operation while in combat, an autonomous power plant is used (complemented by a backup rechargeable battery pack). A combined GPS/GLONASS receiver is used for precise point positioning. Cables and microphones are carried within the hull of the vehicle while in transit.

Operator workstation consists of a computer, intercom modem, automated data processing device, and a weather station, while the crew leader’s station is comprised of a computer and a printer used for printing position coordinates measured.

The “Polozhennya-2” consists of three acoustic arrays separated by 3 to 8 kilometers to give omnidirectional coverage. Each array has 3 highly sensitive microphone sensors separated from one another by well-defined distances in range and azimuth. The System will be deployed at 2-3 kilometers from its operational perimeter. Each acoustic array has a portable GPS/GLONASS receiver used for determining its acoustic center. The System’s weather station is located in close vicinity to the control station. The acoustics arrays connect to the control station using a field wire network or a radio network as needed.

Video – the principle of operation of the complex:

The “Polozhennya-2” is available in five different configurations that are selectable depending on mission-specific requirements. It can detect even extremely low-noise shots at ranges up to 35 km and provide corrections to friendly artillery at ranges up to 15 km. It takes no more than 5 seconds to compute the location of a hostile firing position, with up to 50 shots and explosions detected and up to 100 trajectories processed every minute.

A production line for the WLS “Polozhennya-2” has been launched at State-owned Ukroboronprom defense industries group’s Lorta Factory (Lviv, Ukraine).

The R&D and Production Complex “Iskra” (Zaporizhzhia, Ukraine), has developed the Counter-Artillery Radar System 1L220-U “Zoopark-2”. It is intended to detect and locate hostile artillery guns, mortars, multiple rocket launchers and tactical missile launchers, as well as to provide corrections to friendly artillery. “Zoopark-2” scans the space with the active beam of the radar. The radar detects an incoming projectile in mid-flight and calculates its trajectory. Once the projectile’s trajectory is measured, the System’s computer backtracks to the point of origin in a fraction of a second, while simultaneously identifying the type of the weapon that had fired the projectile.

The Zoopark-2 is able to determine – with high accuracy and in very near real-time – coordinates of targets located within the full range achievable with modern battery systems – in all weathers and at all times of the day, in the presence of dust and smoke and in severe electronic counter-measures (ECM) scenarios.

In a local conflict, the 1L220-U would come in to quickly detect, locate and neutralize widely scattered hostile weapons positions. It can function effectively in ECM-heavy environments that are characteristic to wide-ranging operations involving large concentrations of forces and heavy armaments. The “Zoopark-2” is a must-have capability for peace support operations where there is a requirement for ceasefire monitoring on geographically expanded areas.

Video – the principle of operation of the complex:

Range measurement error does not exceed 0.35 percent of the range being measured, meaning a 70-m error per 20-km range. Up to 50 trajectories can be processed every minute. 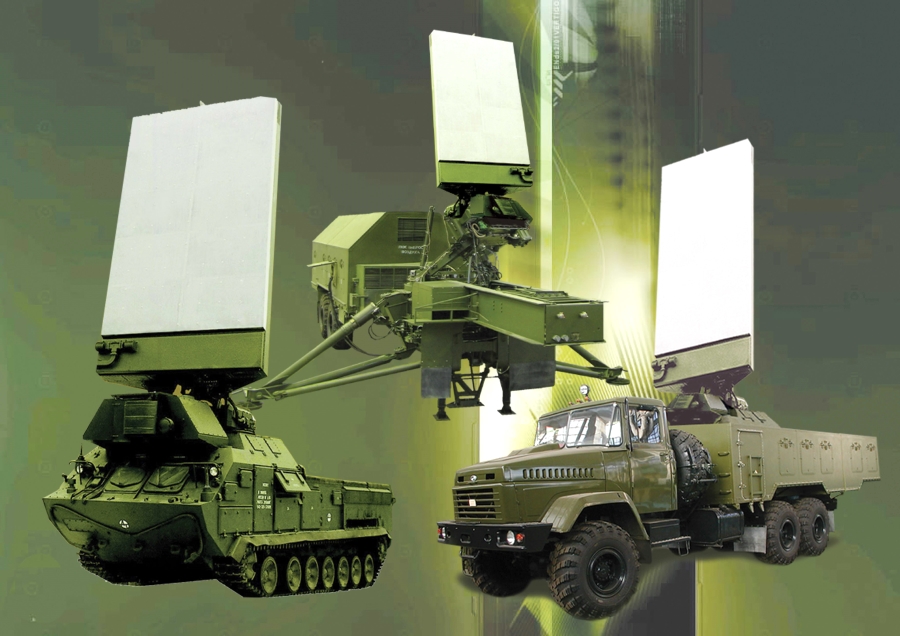 To achieve weight and size savings, “Iskra” has developed a Zoopark-2 configuration based on a wheeled off-road semi-trailer. This ensures a significant weight reduction without any loss of mobility or ride quality in rugged-terrain environments.

The Zoopark-2 can shift from travel to deployed mode in 5 minutes and back from deployed to travel mode in less than 3 minutes. It is able to communicate targeting data to friendly artillery while being on the move.

For the reference:“Iskra” Research and Production Complex (KP Iskra) is a state-owned enterprise of the defense-industrial complex of Ukraine, which specializes in the development and production of ground-based radar equipment for civil and military purposes.

Among the developments of the enterprise: a modern mobile 3D radar 80K6T, highly mobile radar of the meter range of radio waves MR-1, automated complex of radio interference “Mandat”.

The “Iskra” brand has produced more than 6,000 highly efficient, reliable and easy-to-operate radar stations, which continue to operate in more than 50 countries.

The Polozhennya-2 and Zoopark-2 weapon locating systems are both built with the use of modern microelectronics hardware and have had their capabilities tested in real-world combat scenarios while countering the russian aggression.

In addition, taking into account the constant development of artillery weapons, at present, the “Iskra” company continues to develop a counter-battery radar of the new generation “Mangust”, which will be presented in the future.

2020-10-14
Akramov
Previous: In 2021, Peru plans to receive the first new military transport aircraft An-178 produced by the Ukrainian company “Antonov”
Next: High-tech targeting and aiming systems from Ukraine