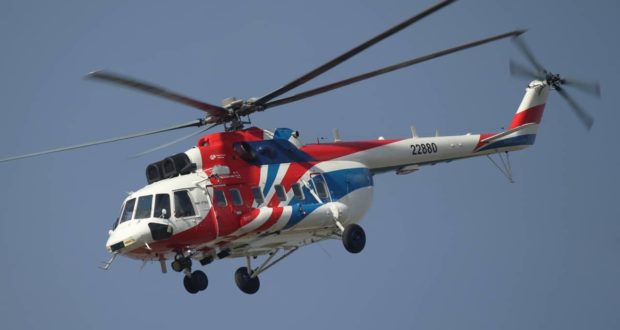 The heaviest Arctic helicopter in the world planned in Russia

Russian helicopter engineers are planning to build an Arctic helicopter that would be the heaviest of its kind in the world, Andrei Boguinski, the CEO of the holding company, told Sputnik.

In the coming years, aviation that protects the northern borders of Russia could receive a super-heavy Mi-26T2VA helicopter.

“The engineers have not started working on the design of the device yet, but the milestone schedule is already established. The technical specifications of the Mi-26T2VA helicopter is already defined and approved by the Russian Aerospace Forces, but we discuss the details with the Navy. According to our estimates, it will take us two years to create the aircraft as soon as the Defense determines its tactical and technical objectives, “Andrei Boguinski told Sputnik.

According to him, the Mi-26T2VA will be designed for use in the coastal areas of Arctic seas.

“It will have a number of specific features: a heated fuselage, a heating system for the main engines, additional backup facilities, a heated toilet block and special equipment to prepare and heat food,” he said. he detailed.

As the helicopter is intended for naval aviation, its cockpit would be suitable for pilots wearing special suits, also said Bogoginski.

Recall that in November 2016, Russian naval aviation received its first Mi-8AMTCh VA Arctic helicopter equipped with a reinforced cockpit, a powerful heating system and able to start even at -60 ° C.

The military transport helicopter in question was designed specifically for the Russian Arctic group that controls the country’s northern borders. The range is seven hours and during this period it can travel 1,500km, making it an absolutely unique device of its kind.

Designed on the basis of the Mi-8AMTSh multirole helicopter, this aircraft has an impressive arsenal of weapons that earned it the nickname “Terminator”. Specifically, on its supports, one can find guided anti-tank supersonic missiles, up to 4 baskets of 20 rockets each, guns, as well as two 7.62 mm machine guns at the bow and at the rear of the aircraft.