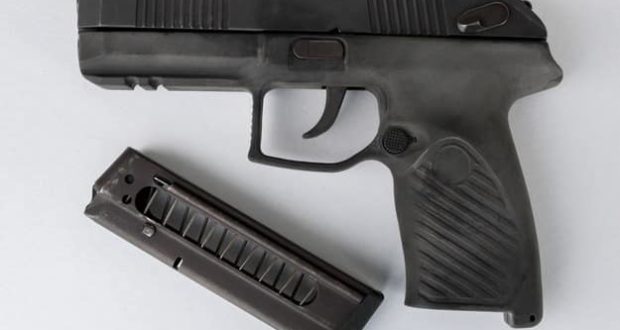 June 26, 2019 – TsNIITochMash research institute (part of Rostec) has for the first time presented four modifications of the new semi-automatic Udav pistol at the International Military-Technical Forum ARMY-2019, held on June 25-30 near Moscow.

The demonstration included special purpose pistols using the 9x21mm military cartridge as well as new tactical and sport modifications using the 9x19mm cartridge. The civilian version of Udav is designed for professional sportsmen in the field of shooting and its tactical and technical characteristics allow competition with foreign counterparts of famous brands.

“We have prepared a special dynamic demonstration for the new modifications of the Udav pistol at the ARMY-2019 exhibition”, pointed out Sergey Abramov, the Industrial Director of Rostec’s firearms cluster. “The new Udav pistol, designed to replace the Makarov pistol currently used by the army, has passed federal testing and received recommendations for mass production. The first batch of Udavs has already been delivered to the troops for trial operations. As for the civilian version, we have already begun preparing for its certification, which will subsequently allow us to export the gun. We intend to promote it to foreign markets, including in Latin America, the Middle East, India, China and Southeast Asia.”

The design of the semi-automatic 9mm caliber Udav pistol is completely Russian. The interdepartmental commission, which decides on the admission of the Udav pistols for mass production, has completed its work, and the pistol received the classification letter “O1”. Its magazine capacity is 18 rounds, which is 10 more than the Makarov.

Udav can use a full range of 9x21mm cartridges, including tracer, armor piercing and hollow-point rounds. In addition, two completely new cartridges were developed specifically for the pistol: subsonic and increased penetration. The pistol grip is made of modern composite materials, the strength of which allow it to be operated in temperatures from -50 to +70 degrees Celsius.

Rostec is a Russian State Corporation that was established in 2007 to facilitate the development, production and export of high-tech industrial products designed for civilian and military applications. The Corporation comprises over 700 organizations that are currently part of eleven holding companies operating in the military-industrial complex and three holding companies working in civilian industry, as well as over 80 directly managed organizations. Rostec’s portfolio includes well-known brands such as AVTOVAZ, KAMAZ, Concern Kalashnikov, Russian Helicopters, UralVagonZavod, etc. Rostec companies are located in 60 constituent entities of the Russian Federation and supply products to the markets of more than 100 countries. According to Rostec’s strategy, the main objective of the Corporation is to ensure that Russia has a technological advantage in highly competitive global markets. Rostec’s key objectives include the introduction of a new techno-economic paradigm and digitalization of the Russian economy.

2019-06-26
Akramov
Previous: Rostec’s invention to double service life of firearms
Next: Rostec exhibits over 1000 pieces of military equipment at ARMY-2019