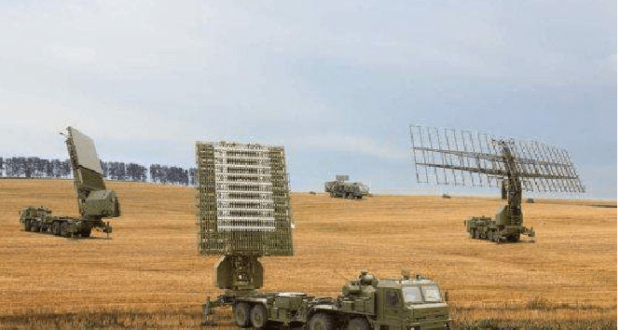 “The Nebo-M radar is the menace to stealth technologies. It can see F-22, F-35 and so on perfectly well,” Novikov said during the New Knowledge educational marathon on Saturday, quoted by TASS.

He official went on to say that Almaz-Antey, the chief developer and maker of Russian aerospace defense systems, produces more than 30 types of mobile multi-funcional radar systems.

According to the specifications of the export version of Nebo-M (55Zh6ME), radar envelope in circular scan mode is 10-600 km, in in sector scan mode – 10-1800 km[2]. It interrogates, receives, processes, identifies, displays radar data coming through the friend-or-foe identification channel and feeds it users. The system is said to combine advantages of various frequency bands, to ensure
the high rate of information updating, including data on high-speed and maneuvering air targets, long-range detection of ballistic missile launches. The Nebo-M can exchange radar data in C4I environment.

Another major Russian development in the field of long-range radar systems is Rezonance-NE. It is a high frequency radar against stealth aircraft that covers up to 1,100 km distance. It is said to be able to detect hypersonic ballistic missiles[3].

2021-05-31
Akramov
Previous: Russia demonstrates the live-fire drills of S-400 and Pantsir air defense systems to the representatives of 52 countries
Next: Rosoboronexport increased its order portfolio in Sub-Saharan Africa by $1.7 billion