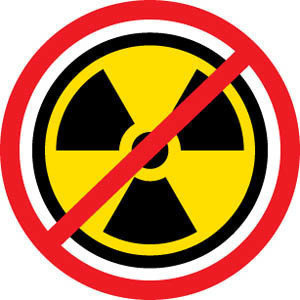 From our correspondant in Russia : Necer Edine Ziouani

The Moscow Non-proliferation Conference in its fourth edition was the place to be for three days to follow the debate on nuclear energy, disarmament and non-proliferation.

A broad expert panel of nearly 300 people from 40 countries joined the conference organized by the Center for Energy and Security Studies (CENESS). The conference was particularly interesting given the participation of Iranian and North Korean officials as well as the High Representative for Disarmament Affairs at the United Nations.

The Middle East region was represented mainly by Iranian and Egyptian experts and officials, only one Algerian participant was present, officials from countries like the United States or Israel were simply absent. CENESS director Anton Khlopkov has repeatedly assured that invitations have been sent to US officials in particular but remained unanswered. Several participants noted this absence during their interventions and during the informal discussions and considered it a lack of communication, goodwill and good faith on the part of the Americans. The course of interventions has therefore tended in general on the East side. China, Russia, Iran, and North Korea clearly dominated this conference.

the Iranian Joint Action Plan on Nuclear, and a discussion on the future conference on the establishment of a nuclear-weapon-free zone and any other weapon of mass destruction in the Middle East.

Numerous panels in which experts and officials have taken part on several topics covering arms control, mainly in the nuclear field, including the Non-Proliferation Treaty (NPT), cooperation in the field of nuclear atomic energy, nuclear risk reduction, the denuclearization of the Korean peninsula, the Joint Comprehensive Plan of Action (JCPOA) or Iranian nuclear deal, and a debate on the future conference on the establishment of a zone free of nuclear weapons and all other weapons of mass destruction (WMDFZ) in the Middle East.

The panel on the WMDFZ in the Middle East arose heated discussions, given the recent statements by the United States and Israel to boycott the conference organized under the auspices of the United Nations.

Russian Foreign Minister Sergei Lavrov highlighted the importance that his country attaches to the establishment of a WMD-free zone in the Middle East in order to reduce tensions in the region, but pointed out that the lack of cooperation and opposition from the United Kingdom and the United States is blocking the implementation of such deal.

For his part, former Egyptian Ambassador Mahmoud Karem said he was open to Israel’s integration in the establishment process of the zone, and invited all countries in the region to meet and discuss regional security, the possibility to enhance confidence-building measures, give a clear definition to the region, clarify the responsibilities of the nuclear-capable States in the Middle-East and finally formulate the appropriate verification procedures.

As for the Iranian nuclear deal, Russia and China have expressed their unwavering support for Iran, condemned the US unilateralism and urged the European countries to invest more and join Instex (a company created in January 2019 by France, Germany and the United Kingdom, intended to promote trade with Iran and avoid US sanction) and extend it to energy trade.
Lavrov even stated that “it is in the world’s interest to continue with the JCPOA. The Iranian nuclear program turned to be one of the most transparent and verified programs, it should be preserved despite US withdrawal. The most interesting statement in the JCPOA discussion, was that of Abbas Araghchi, Iran’s deputy minister of foreign affairs, saying that “if Iran’s reward after so many negotiations were to be sanctioned, it would mean that our nuclear doctrine was wrong and we needed to revise it”. Araghchi stated that Iran still keeps the door open but does not think the deal will survive until the next US elections.