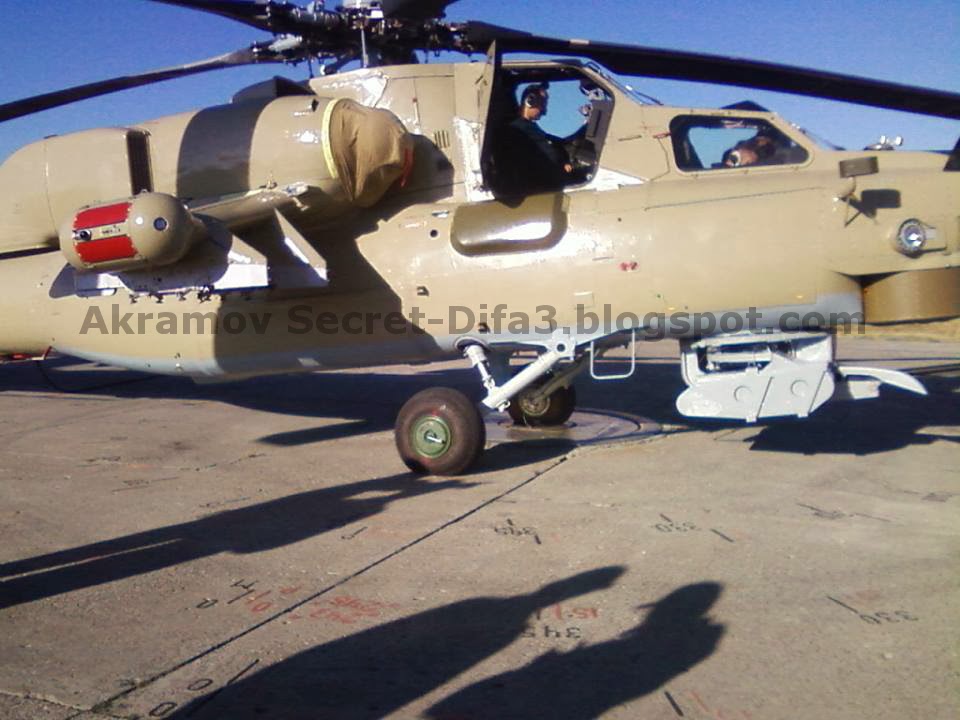 Even tough the information regarding the fact that Iraqi air forces ordered a batch of Mi28 NE from Russia are known and confirmed, since the firsts hints in october 2012.
These two pictures, taken in the Rostov on Don plant, shows the paint scheme chosen by the client and gives an outlook on some equipments on the chopper.

So far 23 Mi 28 NE has been delivered to Baghdad, in two batches, 10 in september 2013 and 13 in january 2014. Iraq is expected to deploy up to 40 Russian heavy attack choppers, despite the US  pressure for acquiring a batch of AH 64 Apache.
Today Russia, Kenya and Iraq are the only Mi 28’s operators. India and Venezuela are regarded as serious futur operators. Algeria has ordered another version of the Mi 28, with  a dual training and attack role, and improved avionics and weaponery. This special configuration will allow algerian pilots to acquire combat power while training. 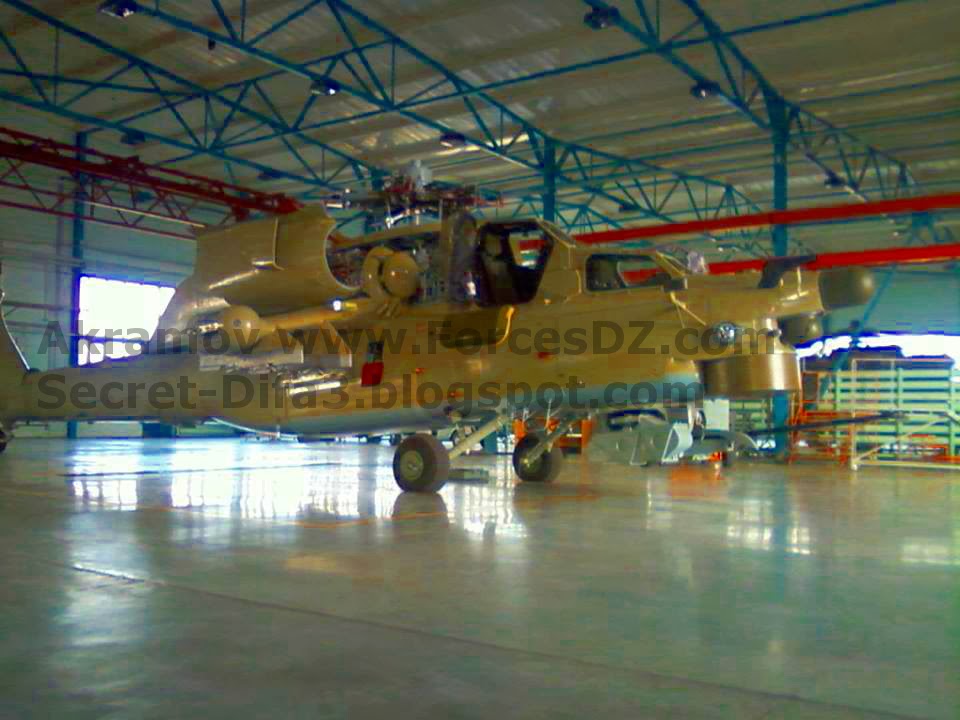 Previous: Cairo will buy a spy satellite from …. Russia
Next: New Pictures of Iraqi Mi35

These two pics has been taken in a hangar belonging the Russian Helicopters plant in ...