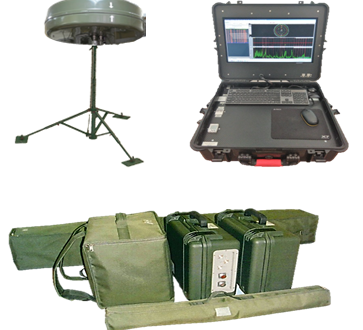 Russia is proposing the countries of the Middle-East and North Africa region to significantly enforce its air defense system (AD). Protection against ballistic missile attacks can be assured by S-400 ADMS.

Simultaneously Russia is proposing to build the multi-layered system for defense against small-sized UAVs that could pose threat to the vital installations.

The AD system of each facility should include control equipment, radar reconnaissance equipment, fire weapons, EW equipment specifically intended to be used against small-size UAV; equipment of radio reconnaissance and radio suppression of VHF lines of radio communication.

This will ensure timely revealing of the attack, identification of means of attack, radio electronic jamming, if necessary – destruction by fire.

Among the proposed systems are:

combat vehicles of the squad of the MANPADS GIBKA-S.

For detection and electronic suppression of the small size UAV REPELLENT systems can be used.

A grouping may additionally include other elements.

The delivery of the above-mentioned means can be fulfilled within 18-24 months after the signing of a contract or less.

Along with firepower Russia is proposing the specially developed detection and radio electronic suppression means of the small size UAV:

All of them from CONCERN AVTOMATICA

Advantages of the proposed AD system:

possibility of various types of reconnaissance (radar, radio or optical);

possibility of simultaneous fire engagement of the UAV flying from any direction;

possibility of radio electronic suppression of the small-size UAV, when firepower can be  inefficient;

radio monitoring and possibility of radio suppression of the VHF lines of radio communication.

A number of countries is already paying interest to this anti-UAV proposal.

Previous: US surveillance balloons for Tunisia
Next: The Chinese anti-stealth DWL 002 detection system deployed in Algeria