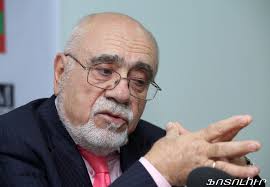 In the midst of the Cold War, in the most dramatic moments of mid-60s, thinking society of USSR was not only deeply touched, but was also given food for thought by the talented filmmaker Mikhail Romm’s documentary film called “Ordinary Fascism” which according to impartial experts is a genius film about fascism origin and development and, most importantly , the potential dangers of the latter for future generations. This is a film-meditation about the nature and causes of the emergence of fascism in the country that has given birth to a unique constellation of science, culture and arts.

It is assumed that the Third Reich’s “National Socialism” ideology is a turning point in history. But, alas, his inheritance revives like a tale headless monster. Holocaust, genocide, aggression, racism, “return of territories – today all of this is still hanging over the head of mankind like a sword of Damocles.

“Expanding Germany’s Spatial Territories” was the principal thesis of Hitler’s program, which still does not calm politicians in many countries inspired by fascism’s “expansion to the East”( “Drang nach Osten”) challenge. Only some of them direct the arrow to their neighbors.

They say, “mafia is immortal” and then what about fascism? It is prospering right before our eyes, in our region. We must beware and take measures against it, for modern fascism is not less dangerous and less disastrous than it was in the period of Fuhrer and Duce.

Head of Chair of World and International relations in