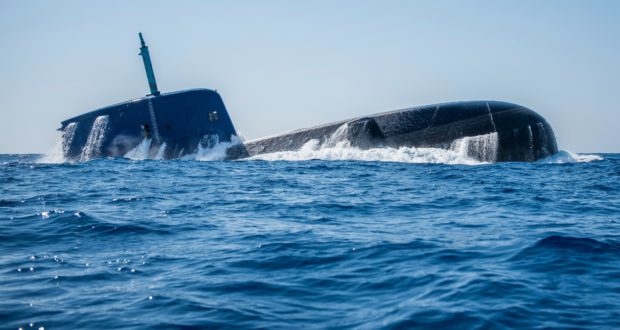 A rather unprecedented story was shared yesterday on social media: an Israeli submarine was allegedly chased by the Algerian navy during the Radaa 2021 exercise which took place on 29 and 30 September.

The drill, which saw the participation of many Algerian naval units, was intended to demonstrate the capabilities of in-depth attack, or stealth destruction of targets at sea at very long distances. Radaa 2021 took place in the presence of the Chief of Staff General Said Chengriha, the commander of the naval forces and the head of the second military region.

Off the coast of Algeria, an Israeli submarine – Dolphin type tried to track a training launch of a cruise missile Club-S from an 🇩🇿 submarine of project 636, but in turn, it was discovered and pursued by 2 submarines of project 636. They forced it to surface and leave the area. pic.twitter.com/IxflWYpkUi

According to our information, absolutely nothing happened during this exercise, no threatening presence was detected, contrary to what has been reported by some social network accounts. A very large perimeter had been cleared of commercial traffic to avoid incidents or unwanted attention.

It was during the preparation of the exercise, on September 27, that an incident occurred. An Israeli Dolphin class submarine was spotted by passive detection, tracked and forced to surface in international waters and leave the area. 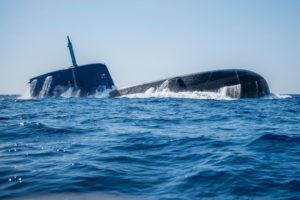 The Dolphin was detected by the acoustic systems of an Algerian Kilo submarine. The decision was quickly taken to pursue it aggressively without the use of sonar in order to avoid counter detection. The BDSL Kalaat Beni Abbas, which was part of the training (as a command ship) played a central role in the operation by deploying two Superlynx anti-submarine warfare helicopters. The two aircraft with their optical and magnetic anomaly detectors continued the pursuit while two Kilo 636 submarines pushed the intruder back to the north.
Being surrounded, the crew of the Dolphin preferred to surface to indicate that they were abandoning the mission and moved away from the Algerian coast. It surfaced 5 km north of Kalaat Ben Abbès. For information, the incident took place on the edge of international waters and the Israeli submarine surfaced outside the zone. 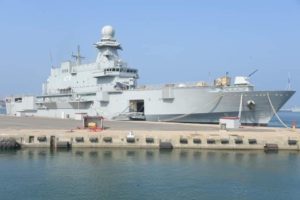 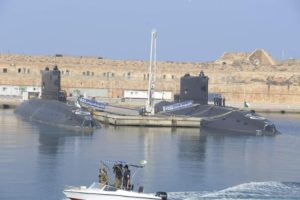 As for the objectives of the intruder, they must have been intelligence and technical information gathering, especially since it was expected that at least one Algerian submarine would fire one or more Kalibr missiles. In this case, the Dolphin would have obtained the precious acoustic signature indicating the opening of the missile racks and would have recorded the sound of the firing preparation and firing routine. Valuable information that could help predict the actions taken by Algerian crews in the event of a conflict. The fact that the exercise is complex and involves many warships, was also an opportunity to make electronic intelligence and collect data on the transmissions of the Algerian Navy and their encryption.

In the end, the real question is whether this renewed Israeli interest in the Algerian army is linked to tensions between Algeria and Morocco or whether there are other motives behind it. Knowing that the area of patrol of Algerian ships is essentially the Western Mediterranean and therefore does not threaten the Zionist Entity.

As for the exercise, it was a great success with a shot on target against a ship and against a target inland at a distance of 270 km. 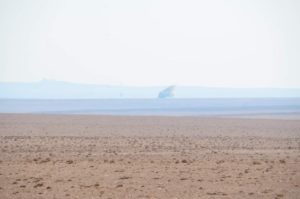 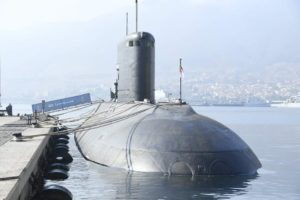 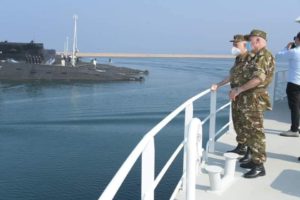 Previous: The Sprut Light Tank is dropped from a tower to test it for strength
Next: Checkmate will be shown at the Dubai Air Show