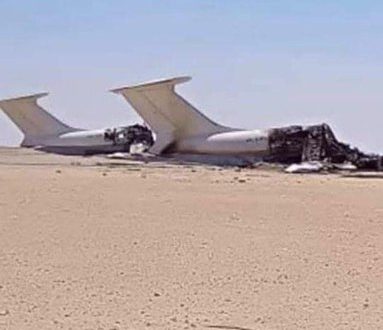 Two Ukrainian Il76 destroyed in an air strike in Libya

Two Il76s belonging to the Ukrainian air cargo company, Europe Air, were destroyed two days ago on the ground while on the tarmac at Al Juffrah airbase in Libya.

This base is held by the forces of the Libyan National Army of Marechal Haftar and was used to supply troops with ammunition and equipment from abroad and to launch attacks on targets inside Libya.

According to the author and journalist Babak Taghvaee who closely follows the Libyan question, both aircraft were destroyed by a Turkish drone Bayraktar TB2. The latter was reportedly shot dead by a Pantsir S1 Emirati mobile anti-aircraft battery stationed at the airbase.

The attack cost the life of the captain of one of the two aircraft. Their numbers are UR-CMC and UR-CRP.