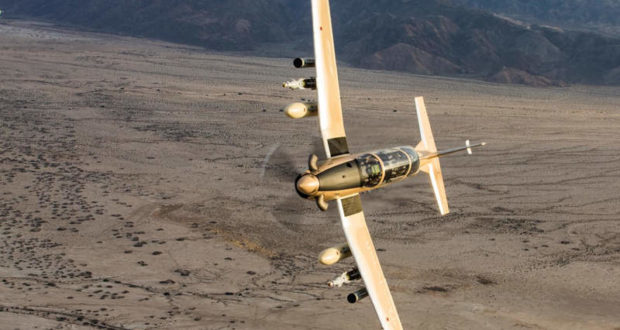 According to Scramble Magazine, On 25 February 2020, the US State Department approved a possible Foreign Military Sale to the Al Quwwat al-Jawwiya Tunisia could acquire four to twelve COIN aircrafts from Textron.

According to the statement of the DCSA, the Tunisian Air Force requested a Foreign military sale for four Textron Aviation AT-6C Wolverine Light Attack Aircraft and related equipment for an estimated cost of USD 325,8 million.

The Government of Tunisia has requested to buy four Wolverines with supporting equipment, to include amongst many other things: spare engines and spare parts, Multi-Spectral Targeting Systems, personnel, pilot and technician training, aviator flight suits, ferry and logistical support.

Tunisian army is fighting a terrorist insurgency since 2012, especially in its south-west region and is facing risks of infiltration of armed groups from Libya. Scramble Magazine reported about this deal back in October 2019, see https://www.facebook.com/Scramblemagazine/posts/3097428810283632. That possible contract spoke about twelve aircraft, so probably eight aircraft are on option.