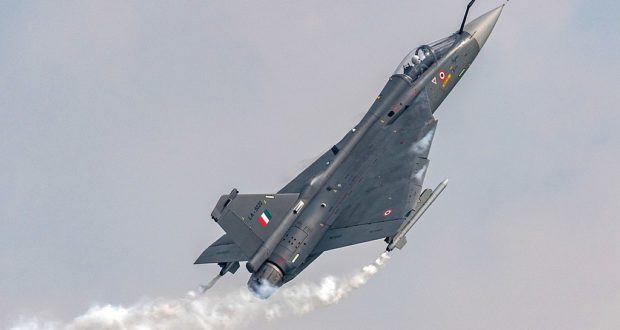 Hindustan Aeronautics Limited, the Indian state-owned group that manufactures the LCA Tejas fighter, has offered to set up manufacturing unit for a light fighter on its soil in the framework of a contract for the acquisition of the small multi-role 4th generation fighter. Egypt could repeat the experience of the K-8 Karakoroum, which is manufactured locally with Chinese assistance.

This announcement was made at the Dubai Airshow by Indian officials after the Egyptian delegation visited their chalet. This delegation was also able to witness the flight demonstration of the aircraft which displayed its agility without any complexes after the shows of the Rafale or the Russian Strizhi patrol, which are used to the big shows.

Off the record, HAL representatives confirmed that they had received interest from Malaysia and Argentina, but that the contact with Egypt was the most promising.

The Tejas (formerly the LCA) is an Indian project from the 1980s that was intended to replace the Mig 21. Like the Rafale, it has had a complicated history and a long maturation period. Built with technical assistance from Dassaut, it is quite similar in appearance to the French Mirages.

Previous: INTERVIEW: Kronshtadt a serious player in the drones market
Next: First international demonstration for the MI-28NE in Dubaï

Cairo will buy a spy satellite from …. Russia

Despite the awkwardness of the timing, it seems that Russia will build and launch a ...