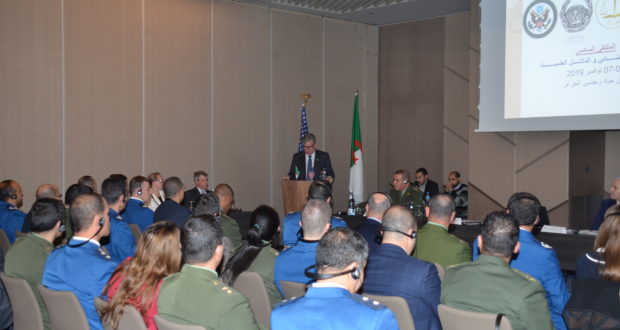 In the framework of bilateral cooperation between the government of Algeria, and the United States Department of Justice, International Criminal Investigative Training Assistance Program (ICITAP), the fifth and final iteration of the ICITAP-sponsored Judicial/Police Forensic Seminars (JPFS) was successfully completed  in cooperation with representatives from the Algerian National Gendarmerie, National Police (DGSN), and Ministry of Justice.

The event took place at the Hyatt Regency Airport Hotel Algiers from November 5 through November 7.

The seminars were intended to ensure regular communication and continued collaboration between forensics scientists, judicial police, prosecutors, and judges, resulting in a quality judicial process that is fair, effective, and defensible.

This event highlights the continuous efforts of the governments of Algeria and the United States to strengthen their security cooperation.