A New FTO Designation in the Works? 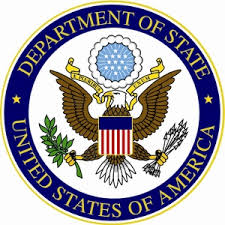 The newly minted 115th Congress is off to an interesting start. While most people are focused on the repeal of the Affordable Care Act there is a quiet movement behind the scenes to address Terrorism.

Currently there are two pieces of legislation that have been introduced that seeks to address a long standing foe of the United States. The House version (H.R.377) has been introduced by Rep Mario Diaz-Balart of Florida and referred to the House Judiciary Committee. The Senate version (S 38) was introduced by Senator Ted Cruz of Texas and has been referred to the Senate Foreign Relations Committee. That adversary happens to be the Muslim Brotherhood. Similar Legislation was proposed in the 114th Congress but neither version made it to the floor for a vote.

Now just who is the Muslim Brotherhood? This is not a relatively new group. It was founded by Hassan al-Banna in Egypt back in 1928. It is a transnational Sunni movement that not only has a presence in Egypt but also in other Arab States such as Jordan, Lebanon, Iraq and even in Sudan. On the surface it does appear to be a organization with devious goals at its core.

However in the past groups that have been linked to the Muslim Brotherhood such as Hamas, Al-Qaeda and the Palestinian Islamic Jihad have been labeled with that designation so it seems timely to discuss how an entity ends up with a critical determination. Most critically who makes the determination and under what criteria? Plus how has the Muslim Brotherhood been able to avoid this?

This determination is made currently by the Secretary of State using criteria set up by section 219 of the Immigration and Nationality Act as amended. One of the factors that is used is whether or not the group in question has either threatened or attacked US facilities or acted contrary to the interests of the United States. In some cases the process has proven to be so vague that some determinations such as adding Boko Haram has taken years.

Some of the actions that the group took during their brief rule under the Morsi Presidency can be the catalyst for these requests. It can be said that the attempt to overthrow legitimately elected Governments is a threat to the interests of the United States. However the issue of Religious Freedom which has been in the forefront since the rise of ISIS appears to be a driving force as well.

There has been a battle between Congress and the State Department about whether or not the designation is overused. Does it adversely affect US Diplomacy? Those are some of the arguments that have been made by those who seek to prevent these designations in the past. It can be assumed that these questions will once again become part of the debate during the process over whether or not these bills become law and then US Policy.

2017-01-24
Akramov
Previous: Press Release: Fresh success for Rheinmetall simulation technology in the MENA region
Next: A new military coalition in the Sahel region