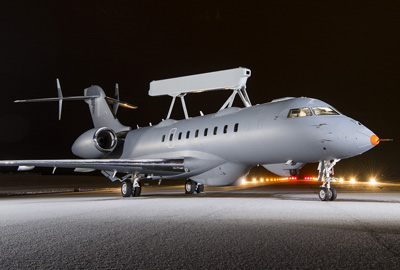 The United Arab Emirates announced today, at the Dubai Airshow, that they intend to conclude a contract amendment for the purchase of two additional GlobalEye Airborne Early Warning & Control aircraft from Saab.

According to today’s announcement, the potential order value related to this contract amendment would be USD 1.018 billion.

A period of final negotiations will now follow. Saab has not yet signed the contract amendment or received an order relating to today’s announcement.

The original development and production contract for GlobalEye was awarded to Saab at the Dubai Air Show in November 2015 by the United Arab Emirates with an initial order for two systems. An additional order by the UAE for a third system was announced in 2017.

Previous: The Middle-East in the heart of the Moscow Non-proliferation Conference 2019
Next: US surveillance balloons for Tunisia