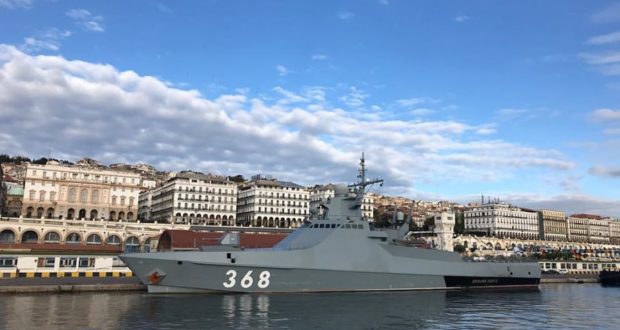 Everything you should know about the Russian navy visit to Algeria

A naval detachment belonging on the Russian Black Sea Fleet, made a stopover in Algiers on 23 November 2019. This detachment consisted of three ships, the Admiral Makarov Frigate, the Vasily Bykov missile patrol vessel and tugboat SB-739.

The three warships conducted a joint exercise with a C28A and C-807 Raïs Hassen Barbiar, corvettes from the Algerian Naval Forces. According to the statement of the Russian Navy, the exercise took place on November 22 in the central algerian coast, it consisted of maritime security operations.

“Training have been performed to learn to navigate in areas of risk of mines, to perform control of civilian navigation and actions have also organized to simulate an assault against a ship under piracy threat or suspected to hold pirates and/or smugglers,” the statement said.

In addition, according to the same source, “the military personnel conducted a sea precision artillery exercise and was involved coincidentally in the assistance of a ship in distress.in the west Mediterranean”

The visit of the three Russian ships had been planned for several months and is part of the routine cooperation program between the two countries.

Last August, Algiers saw the arrival of the missile cruiser Marshal Ustinov, which was much more impressive than yesterday’s visit.

The originality of this visit is the presence of three ships that are Russian and non-Soviet ships. Of recent construction, they represent the export showcase of Russian military navy products.

The stealth frigate Admiral Makarov is a Krivak Class IV / Talwar, is the spearhead of the Indian Navy has long interested the Algerian Navy before she chooses the Meko.

The missile patrol vessel Vassily Bykov, part of the 22160 class, was at the center of negotiations between Algeria and the Gorky Zelenodolsk shipyard before being abandoned according to Russian officials.

The tug SB-739 is also of recent introduction and could be the subject of a proposal for export from the Russians. 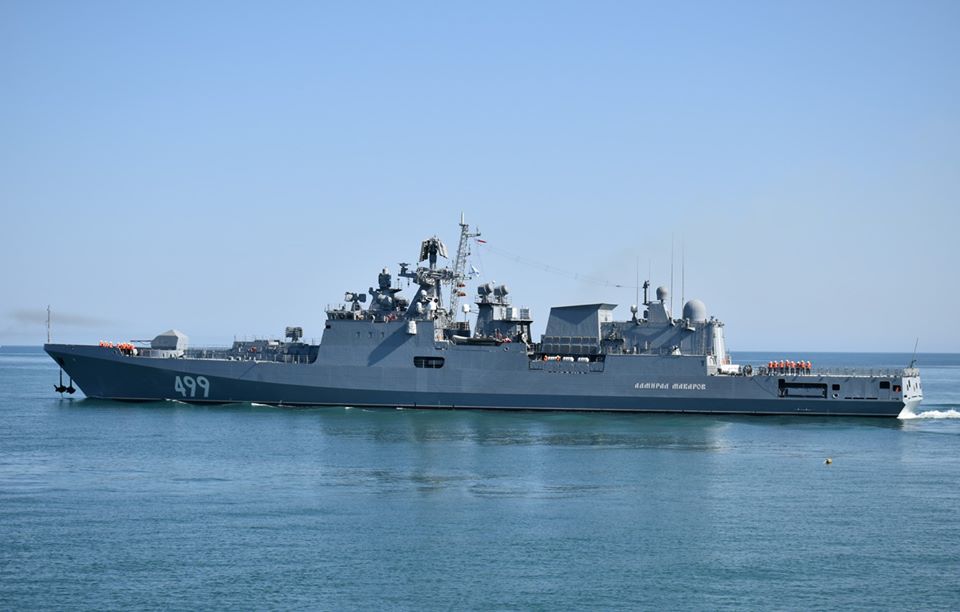 Previous: Morroco to recieve 36 Apache-E helicopters
Next: Maintenance & service centers for Pantsir-S1 for the MENA region