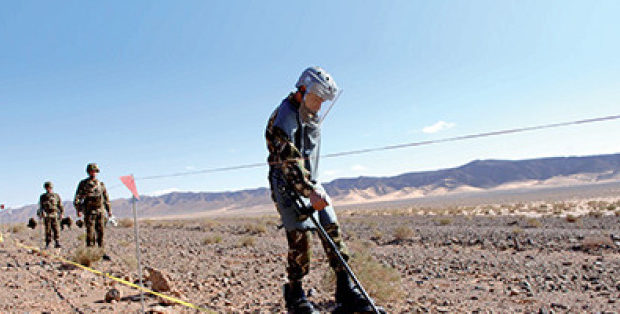 Algeria and Belgium will exchange expertise on EOD

The Belgian Ministry of Defense has been given the green light by the Council of Ministers to exchange expertise with the Algerian army, in the field of mine clearance and the “demilitarization of ammunition” (destruction and neutralization of mines and ammunition ) (EOD).

In Belgium this activity is the speciality of the Explosive Ordnance Disposal and Destruction Service (SEDEE) and in Algeria, it belongs to the sapper and demining regiments belonging to the Military Engineers corp, who have to their credit the destruction of several million mines dating from the algerian Revolution.

According to the press release issued by the Belgian Council of Ministers, this cooperation and exchange of expertise between the two countries will be on:

As a reminder, Belgium is a leading country in the field of EOD, Algeria has acquired a lot of expertise in demining and the fight against IEDs, this exchange of expertise will be beneficial to both countries.