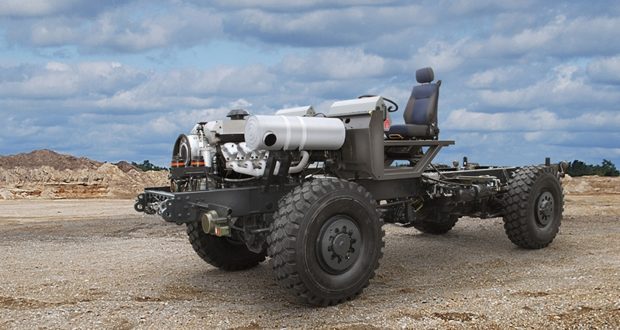 Tatra to deliver 328 chassis to Jordan

This “Tatra Force 4×4” chassis, may hide the future MRAP Al Wahesh of the Jordanian army or one to be sent to one of the numerous allies.

Tatra will deliver 328 chassis to (probably) the Jordanian KADDB arms manufacturing group, for a cost $ 40 million and will be used to build a new generation of 4×4 MRAP armored vehicles, probably Al Wahesh and Al Wahesh 105, with 105mm mortar.

As a reminder, Tatra supplied 150 chassis in 2018 to KADDB, which is celebrating its 20th anniversary this year.

Al-Wahesh is an MRAP, able to carry 8 equipped soldiers (and two crew members) and evolve in difficult terrain. It is shielded to STANAG 4569 KE L1 standard and has an electro-optical monitoring system.

Some MRAPs from this class were seen operating in Libya amongst “Marshal” Haftar’s forces.