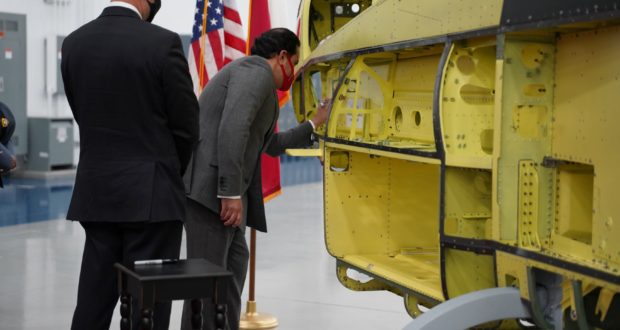 The American aircraft manufacturer Bell has announced that it has started assembling the first AH-1Z (Cobra Zulu) combat helicopters for the benefit of the Bahrain Air Force.

“Bell hosted a delegation from the Kingdom of Bahrain on the occasion of the launch of the production of AH-1Z Viper attack helicopters sold under the Foreign Military Sales (FMS) program. The delegation visited the factory in production of Bell Amarillo to observe the production line and sign the fuselage of the first aircraft to join the Bahraini Air Force in a ceremony, “announced a press release from Bell.

The small kingdom had ordered 12 units of AH-1Zfor an amount of nearly a billion dollars. The version, which will be delivered from the end of 2021, will be armed with Hellfire missiles and APKWS II laser-guided rockets, the equivalent of Hydra rockets.