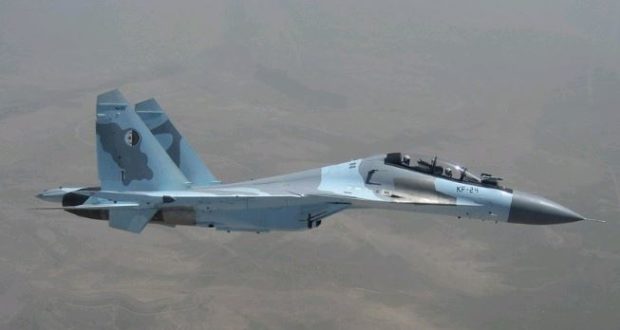 Crash of a Su 30 fighter in Algeria

A Sukhoi 30 fighter bomber from the 121st Fighter Squadron crashed in this evening during a routine exercise near a village called Mechta Draa Tafza district of Ain Zitoun, wilaya of Oum El Bouaghi, in the north-east of Algeria.
The pilot and the navigator unfortunately did not survive the accident. This is the first time that an aircraft of this type has crashed in Algeria.

Rescuers quickly arrived on the scene and an investigation should be launched soon. This is the third crash that has affected the wilaya of Oum El Bouaghi in the last ten years, after that of a Mig 29 and a Hercules C-130