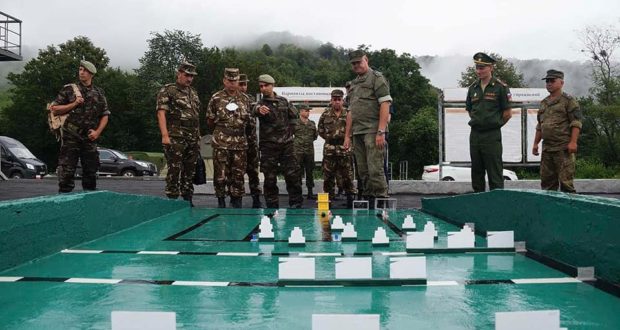 The Algerian and Russian armies will hold a military anti-terrorism exercise in Algeria this November, says the press service of the Russian army’s southern military district.

This exercise will take place in the Hammaguir training field, under the 3rd Military Region, a stone’s throw from the border with Morocco. According to the press release, 80 soldiers of the Russian special forces will take part in this exercise which will put into practice the tactics of anti-terrorist fight of both armies in desertic and arid environments. In October 2021, Algeria participated in a similar exercise in North Ossetia, in Tarskoye, during which 200 soldiers of both armies tested equipment and techniques of anti-terrorism in rural and mountainous areas.

The choice of location is highly symbolic, as the maneuver range is located on a former French Army site that had been used for the development of ballistic weapons and space launchers. It was handed over to Algeria in 1967.

The military fired in a firing range at fixed and moving targets from various positions and changing the firing position.

The AK-12 was developed by the Kalashnikov company as part of the Ratnik program as part of a promising complex for the equipment of the military of the armed forces of the Russian Federation.

The assault rifle is designed taking into account the most modern trends in the field of creating rifle complexes and should ensure high combat efficiency.

The AK-12 is an assault rifle of 5.45×39 mm caliber, it weighs 3.5 kg and measures 880 mm with folded stock and 940 with open stock. It has several Picatinny rails for the installation of accessories.

Previous: New stealth glass technology in Russia
Next: A moroccan airstrike against algerian trucks in Mauritania