Home 5 Afrique 5 An Attempt to Influence US CT Strategy in Africa?

An Attempt to Influence US CT Strategy in Africa?

by Scott A Morgan 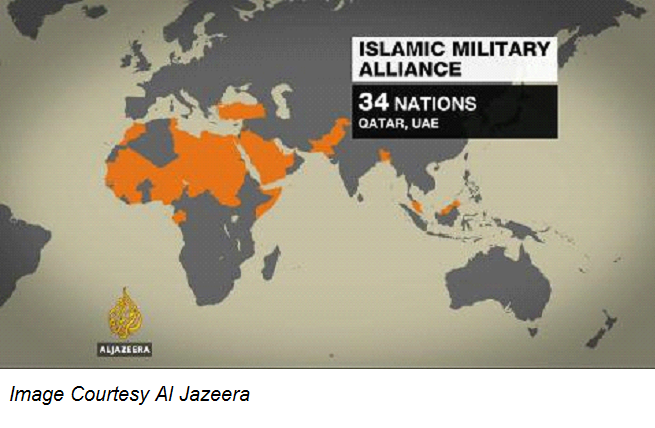 In Mid-December the Kingdom of Saudi Arabia announced a broad coalition of Islamic Nations to combat terrorism. It has been announced that there will be a Joint Operations Center in Riyadh as well (1).There are several glaring hole such as the omission of Syria, Iraq and Afganistan. There were some surprises as well such as the reaction of Pakistan after the notice that it was included. There are several African Nations which are key allies of the United States in this current struggle that have reportedly signed on to the Alliance. (2) There are several surprises here as well. One example is Somalia. The Government in Mogadishu is a party to this effort but the region known as Somaliland which has its own autonomy is not a party to this.

There are several nations that have recently launched an effort to deal with a terrorist threat as well. Niger,Nigeria, Benin and Chad have along with Cameroon set up a regional force to deal with the Boko Haram Insurgency. In recent weeks Sudan another member of the coalition but which as a dubious background has signed its own pact with Niger (3) to coordinate strategy against the Nigerian Islamists.

This raises our first concern. It has been documented that in a National Security Council Meeting in Khartoum that in an effort to assist the US in its struggle against Islamists that the Sudanese Government would manipulate information that is being provided to

the United States.(4) In return Sudan expects the US to provide assistance against its own Armed Opposition in an effort to retain power. Since taking over in 2009 the Obama Administration has been gradually reducing sanctions against Sudan. Sudan has also been providing Ground

Troops to support the Saudi Mission in Yemen in recent months. The fact that Sudanese Government which has been accused in the

past of funneling Arms to Boko Haram (5) and now is seeking to join the effort to defeat them will be met with skepticism at the very least. The group has launched attacks not only in Nigeria but also in the neighboring nations. Benin also sent troops to Nigeria in late 2015 as well.(6) Sudan

has been accused of funnelling Arms through the restless Eastern Part of Libya as well. The role that the Bashir Government has in the South Sudan Civil War has to be addressed as well.(7) It is well known that Reik Machar did hold talks with Omar Bashir

before the most recent round of violence between the Dinka and the Neur which are the two largest tribes in South Sudan. 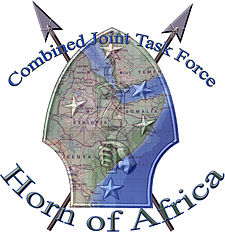 Another concern is Djibouti. This is where the CJTF-HOA (Combined Joint Task Force Horn of Africa) is located. Djibouti is also a member of the Saudi Grand Coalition. So what will the Future of US Operations in Uganda and Kenya look like? Kenya is facing blowback from its decision to deploy forces to Somalia. A recent item indicates that a schism has occurred within Al-Shabaab. Some of the fighters have switched loyalty to ISIL from

Finally there is the Countries that participate in the TSCTI (Trans- Saharan Counterterrorism Initiative) This was set up by the US in the dark days after 9/11.

These states which include Niger,Chad and Mauritania (9) have had issues with Governments targeted by Military Coup Plotters. There is an offshoot of Al-Qaeda (10) in the region as well. But this also points out one glaring weakness in the Saudi Effort. Algeria is omitted from this effort

but neighbors including Morocco and Tunisia are included. Except for the Horn of Africa and West Africa very few analysts monitor the situation in Africa. The Great Lakes Region could become the next version of Borno State in Nigeria. Al-Shabaab has sought to punish those states participating in the AU Mission currently ongoing in Somalia. The ADF (Allied Democratic Forces) is a Ugandan Islamist Militia that has launched several operations in the eastern DRC but does not generate the publicity as other actors in the region like the FDLR or the former M23.

To conclude it’s clear that Sudan is trying to influence US CT Efforts in Africa and its now cozying up to Saudi Arabia instead of supporting Iran.This is believed to be in support of Operations inside Yemen in return for Cash from the Gulf States. It has influence in several Countries and is attempting to influence how other nations will seek assistance from the US or provide information regarding emerging threats. This is a dangerous ploy for the US as it will be presented information to act upon that most likely be to the detriment of both the ForeignPolicy and the National Security of the United States.

2 Some of the Key African Partners in this Alliance include Nigeria,Egypt,Morocco and Senegal. Other

Previous: International terrorism: the troubling game of Morocco In North Africa
Next: New Issues regarding Terror in West Africa